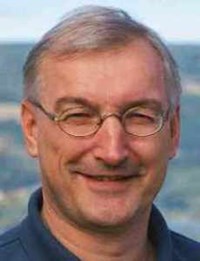 Lars Engebretsen is a professor and consultant at the Orthopedic Clinic, University of Oslo Medical School and professor and co-chair of the Oslo Sports Trauma Research Center.

He is also a consultant and former Chief Doctor for the Norwegian Federation of Sports, and headed the medical service at the Norwegian Olympic Center until the autumn of 2011. In 2007 he was appointed Head of Science and Research for the International Olympic Comittee (IOC).

The main area of research is resurfacing techniques of cartilage injuries, combined and complex knee ligament injuries and prevention techniques of sports injuries. He is currently the President of ESSKA (European Society of Sports Traumatology, Knee Surgery and Arthroscopy).

He is the Associate editor and Editor in chief for the new IOC-BJSM journal: Injury Prevention and Health Protection. In addition, he serves on several major sports journal editorial boards and has published more than 200 papers and book chapters.